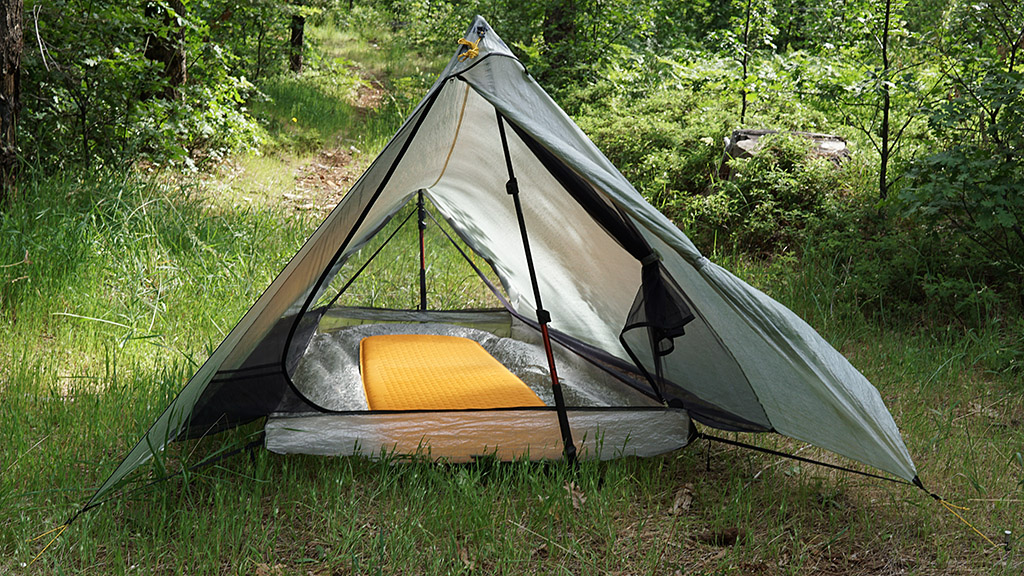 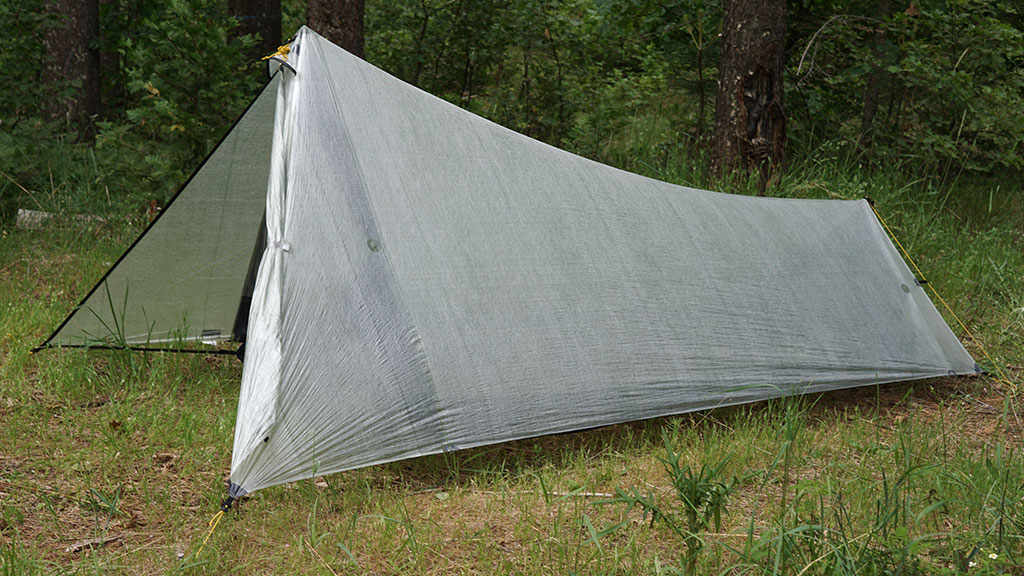 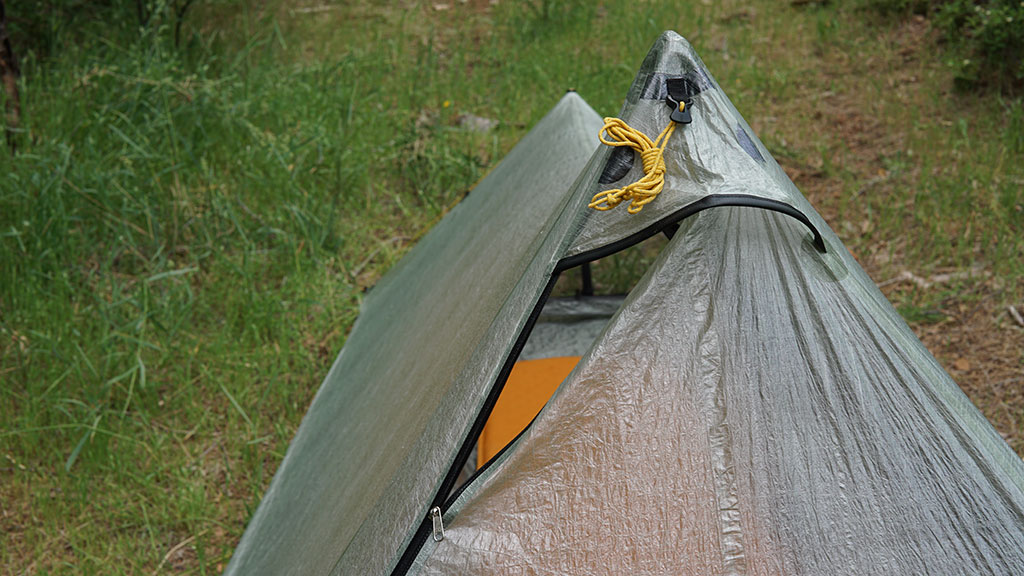 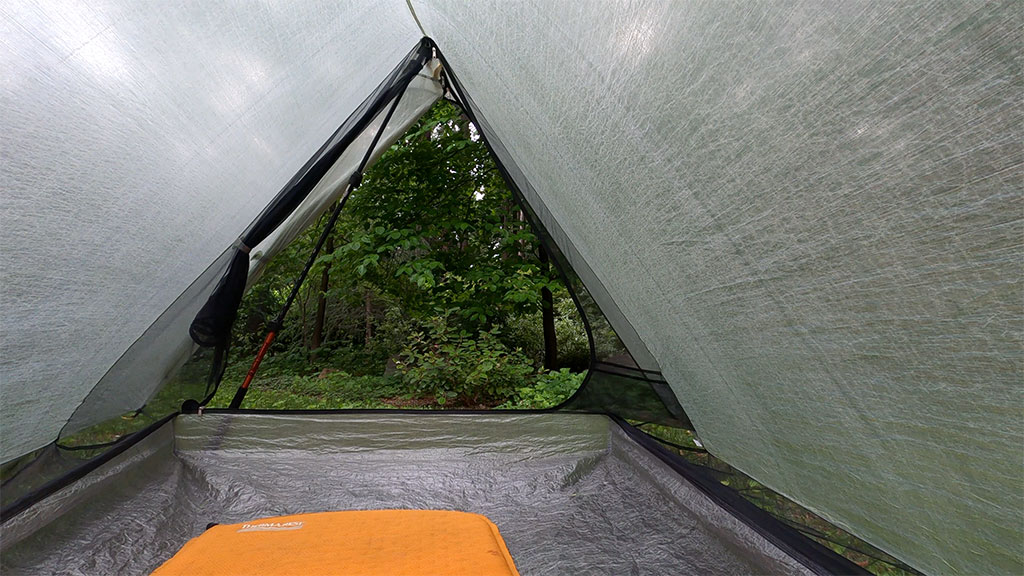 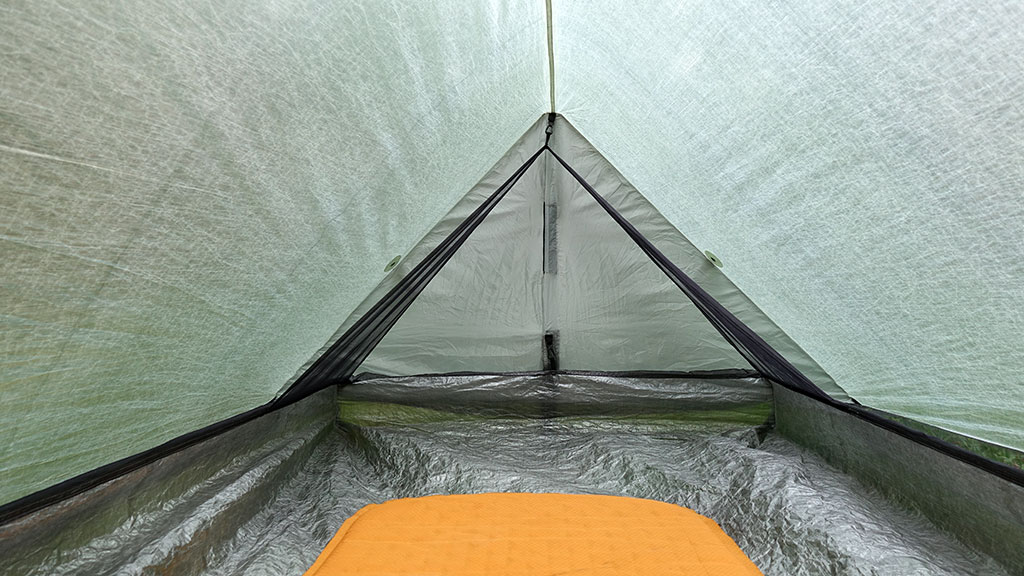 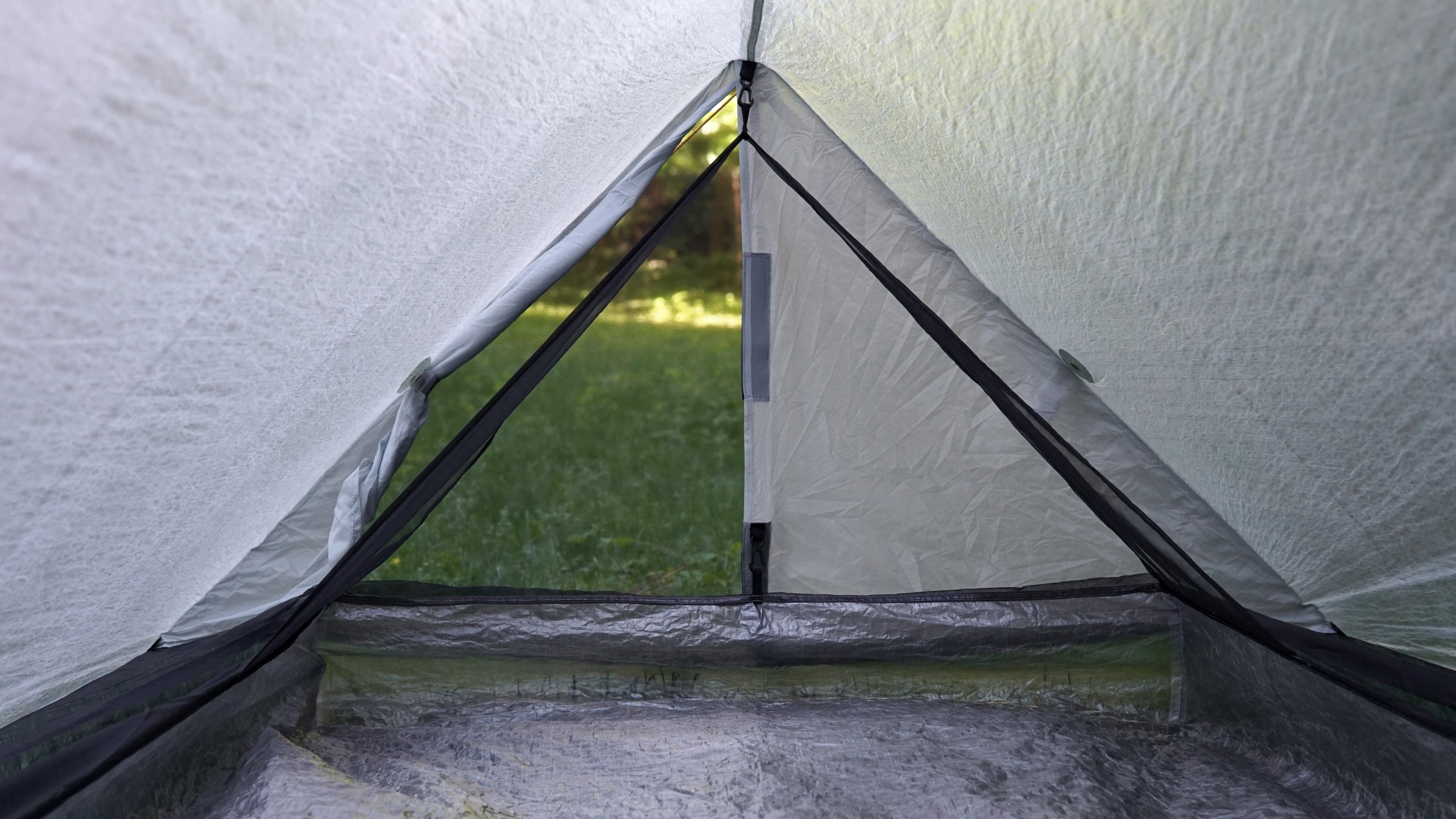 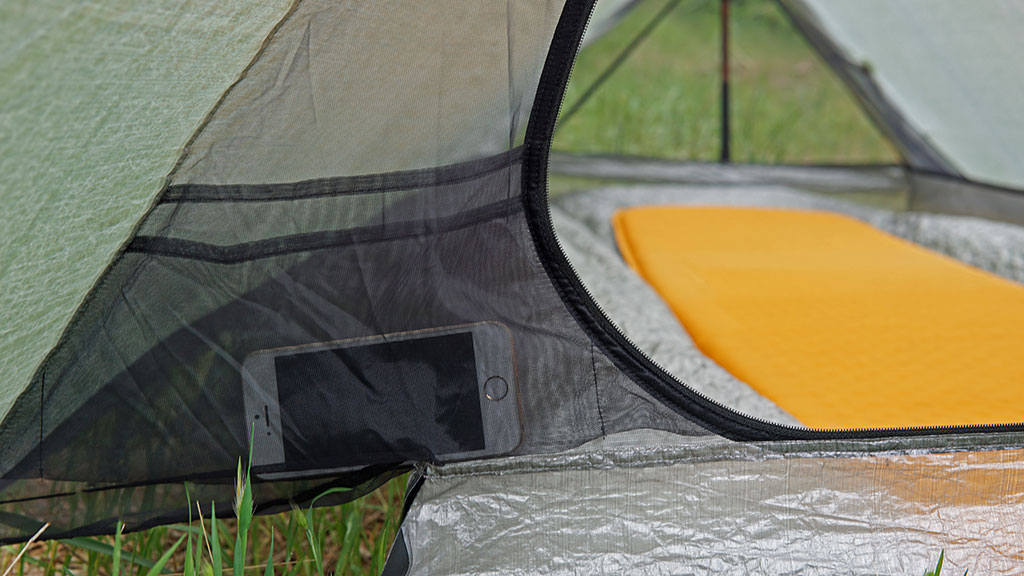 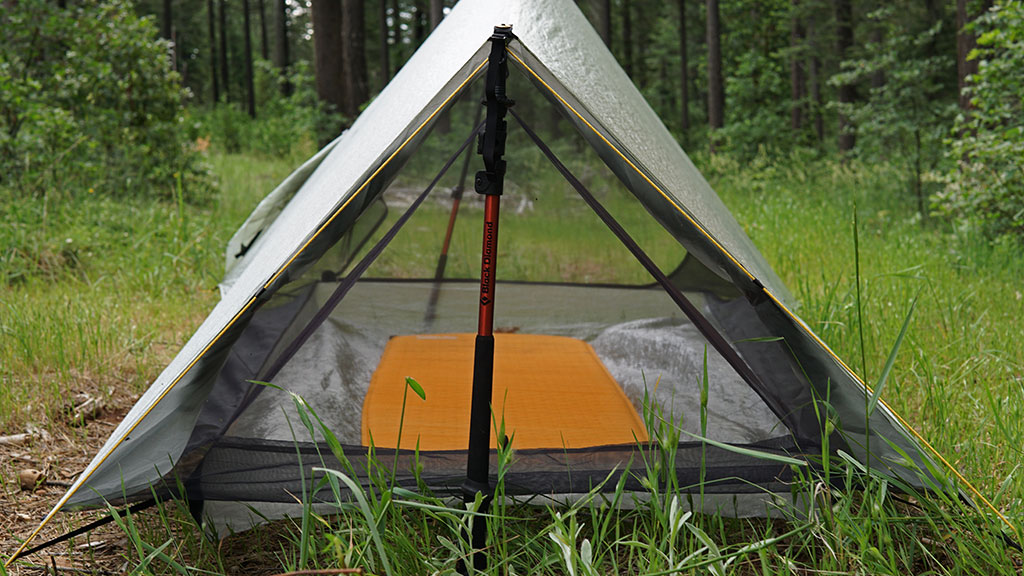 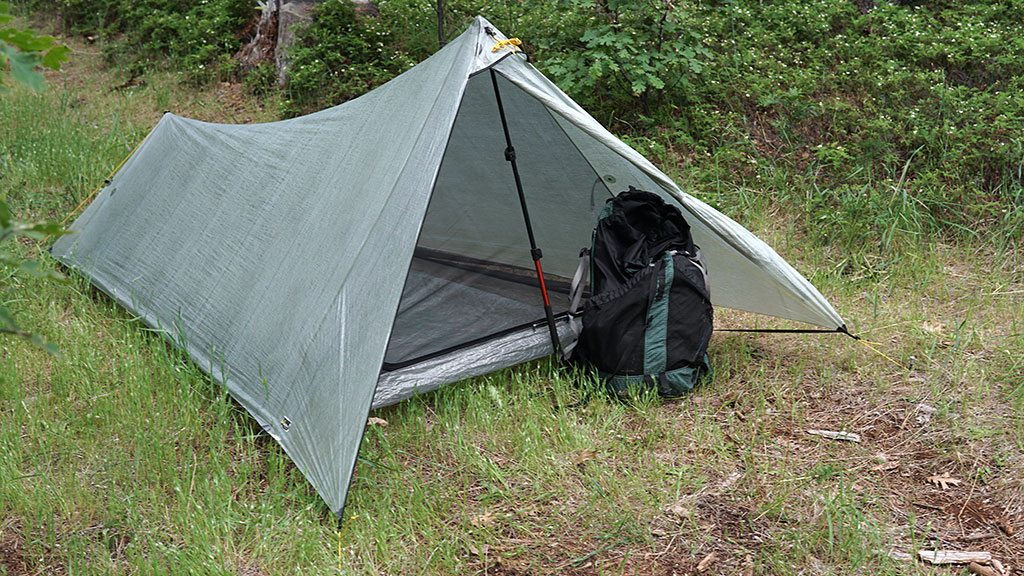 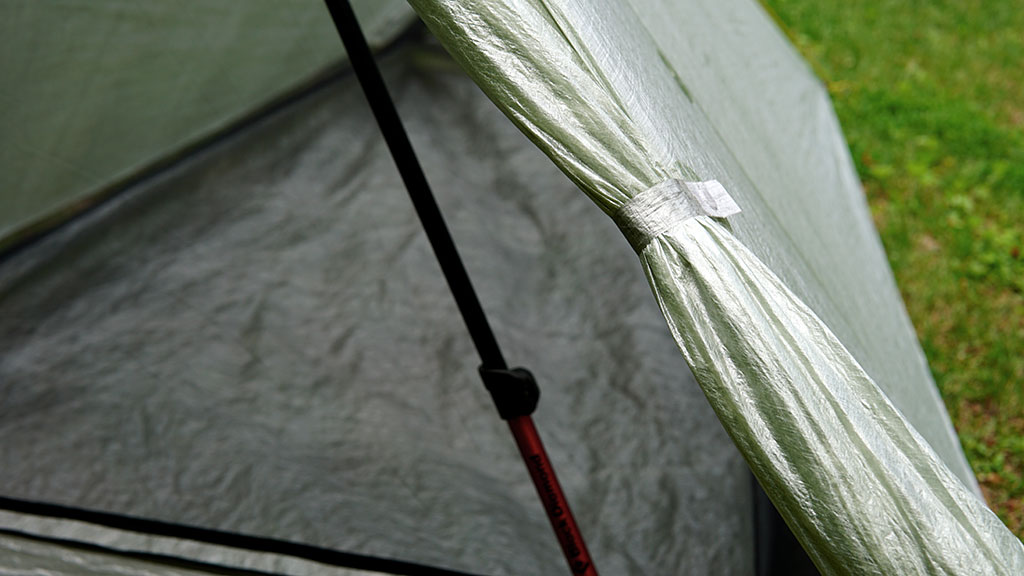 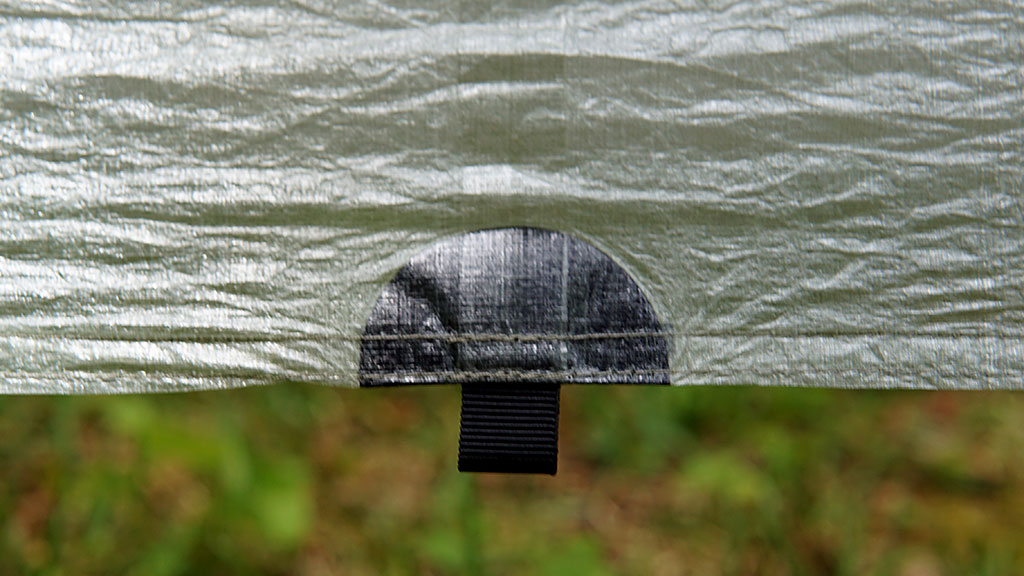 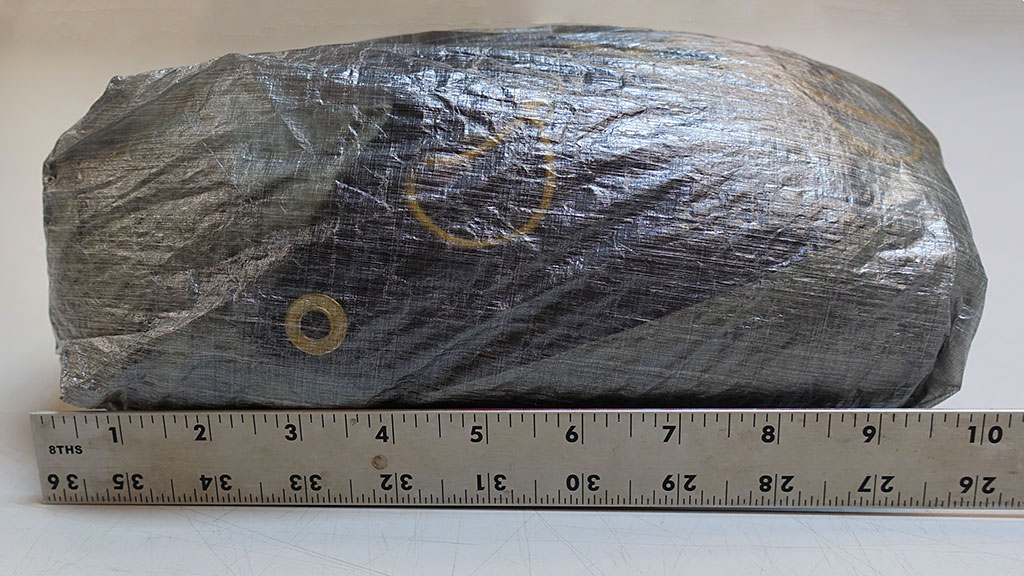 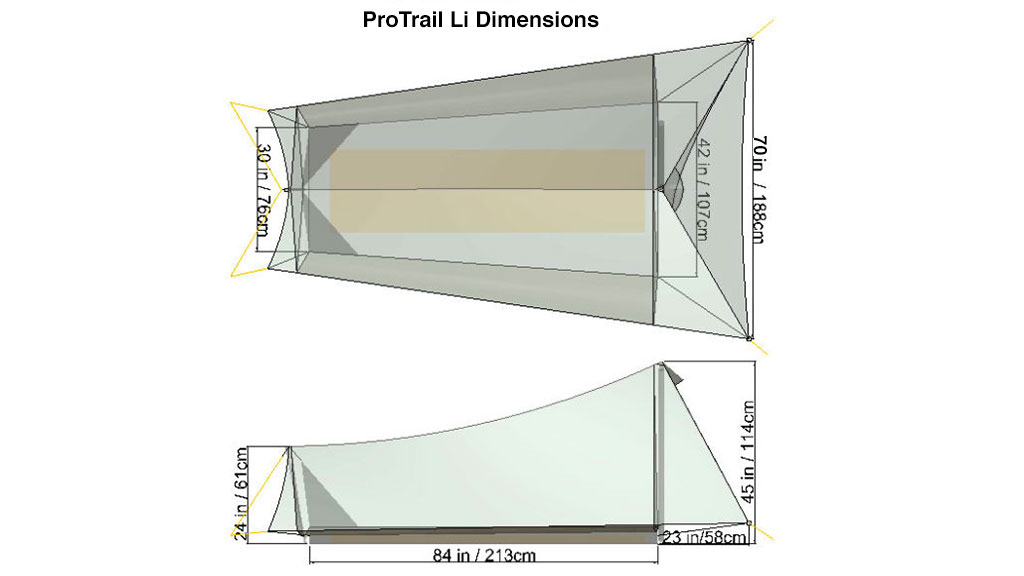 New for 2020, the ProTrail Li is our simplest, lightest, and least expensive Dyneema® shelter. It is ideal for trekking pole users who want the ultimate lightweight and protection.  Elegant and sturdy, the ProTrail Li will fit the confines of any pack and gives you the freedom and security you want for a wide range of conditions.

Want to save $50 with no performance difference and full warranty?

This Just In: Backpacking Light Review 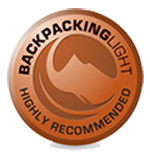 Do I need trekking poles for general use?
Trekking poles are preferred but an 5.1 oz / 144 g pole set is available.

Can I use this for winter?
The structure will withstand light to moderate snow loading but is not intended for true winter.

Can I stuff the ProTrail Li to make it smaller?
We highly recommend rolling or folding, not stuffing, to extend the fabric lifespan.  With careful rolling, the packed width can be made to fit horizontally into almost any pack.

Does the ProTrail Li accommodate tall people (over 6 ft 3 in / 190.5 cm)?
Lying down is no problem. The sloped design of the shelter makes sitting up harder. Boost your trekking pole to increase peak headroom.

What does my purchase include?
The ProTrail Li body, a stuff sack, aluminum stakes + stake bag and the necessary guyline cording. The ProTrail Li is designed for trekking poles to provide structure to the shelter. There are optional poles for non-trekking pole users that are available for purchase in the webstore.

Do I need a footprint?
Use of a groundsheet depends on the conditions you expect to encounter and your style of camping. The 1-oz Dyneema flooring is tough and does not usually require a separate groundsheet as long as the ground is clear of sharp objects. However, Dyneema, like all non-stretch fabrics, is subject to puncture under extreme pressure from sharp rocks or sticks.  We sell optional Tyvek groundsheets which are very tough and great for sleeping out or taking a break, but generally heavier than you need for floor protection in most conditions. A groundsheet is recommended for use on very rocky ground and desert conditions.

Innovation and manufacturing precision defines the Lithium series. New for 2020, all Lithium Series Tarptent models are upgraded with some great new features. The ProTrail Li model you’re viewing is fabricated from USA-made Dyneema® fabric and produced in China at one of the world’s leading tent manufacturing facilities and home to many of the world’s major tent brands. Our definition of globally-sourced is that we sourced the world for the best fabrics and manufacturers and found them.

All Tarptents are designed, assembled, hand-checked, tested and approved at our Nevada City, California office – then shipped to you.

Accessories you may want